BARRACUDA hail from Vancouver, BC, Canada, the city where Ann & Nancy Wilson Originally formed the amazing legacy o f the band HEART. Barracuda performs the music of HEART with sty le, presence, and a true passion for the songs that have become beloved classics to fans worldwide.

Roger Fisher, Guitarist and founding member of HEART has officially endorsed Barracuda.Roger has also joined the band on stage for numerous performances, creating a truly authentic experience for HEART fans.

D.L. is supported by the multi-talented Layla Vaugeois (Nearly Nancy) who brings her love for the music of HEART to life with her guitars, mandolin, and vocals, and is also a remarkable resemblance to the beautiful and charismatic Nancy Wilson!

D.L. and Layla have an electric chemistry on stage and are both fully dedicated to recreating the experience that is HEART.

Backing the ladies are 3 professionally seasoned musicians dedicated to providing an authentic musical experience heard in the subtle nuances and rock solid delivery of their performances. But this is more than just a band playing Heart's music; it's a tribute to Heart's History, writing, arranging, and musicianship.

With Heart's 2013 induction into the Rock and Roll Hall of Fame, a resurgence of the groups undeniable list of hits has been spreading, and demand for the seeing the group perform has never been higher. Barracuda is the most accurate representation of Heart to date ... delighting audiences from coast to coast in North America with what is the Essential Tribute to one of the best rock bands of our time. 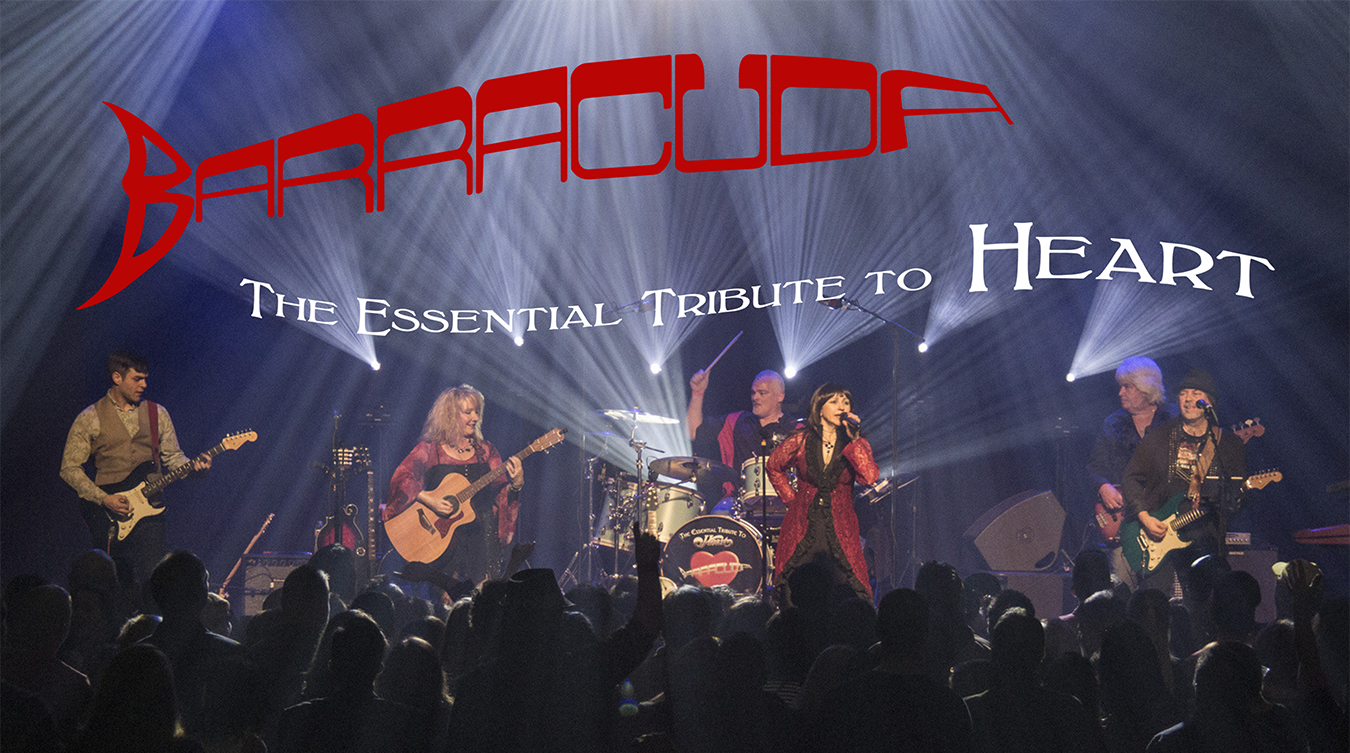