Clayton Bellamy and the Congregation

WELCOME TO THE CONGREGATION

Get ready for a service the likes of which you’ve never attended before, where the message is served up fresh and loud by Clayton Bellamy and the Congregation through a high-octane blend of gospel, R&B and riff-driven hard rock.

Not a churchgoer? No worries.  The church of rock and roll is open to all. The only requirement is a  willingness to worship at the altar of love. “And love is what this is  all about,” Bellamy says, “The message in these songs is all about that.  Even if things are bad, when you cover them in love they get better.”

On Welcome to the Congregation  (Anthem), the gospel according to Bellamy and company isn’t ‘sex, drugs  and rock and roll’. “It’s more peace, love, understanding… and rock and  roll’,” the Alberta-based singer/songwriter says, laughing. “Everything  everybody needs comes out of love, even if people think they don’t need  or deserve it.”

That’s a major lyrical driver  throughout the album, and nowhere more so than on ‘Church of Rock and  Roll’, which reads like the opening to an old time tent meeting with  Bellamy as the preacher man. It’s equally clear on the album’s lone  ballad, ‘One Thing Right’ and ‘The Healing – a seamless blend of 50’s  rock, old time gospel and 70’s era power rock; a track that ties the  entire record together and finds Bellamy expanding on his prescription  for peace.

Folks who want to let love rule,  however, have to stand up for it; something Bellamy telegraphs on  tracks like ‘Commandment #11’ and lead single, ‘Resistorz’ – a swampy,  blues-fuelled stomp featuring Bellamy on harp trading licks with the  Congregation’s backing vocalists. Standing up for love is rarely easy.  It requires a willingness to grind it out through the dark times and to  take the hard road even if there’s no guarantee it’s going to lead you  anywhere, which is exactly what Bellamy covers on ‘The Devil You Know’.

“That was a sky song,” Bellamy  says. “The line ‘the devil I know, still better than the one that I  don’t’ just dropped out of the blue. If you live long enough, everybody  gets hit by the pain train, and, for me, when that happened, music was  the one place I could go.”

For Bellamy, Welcome to the Congregation  is a complete reset.  “I felt I had to shed my skin and do something  that spoke to where I was now, to strip away fifteen years of writing  country songs and draw from a completely different well.”

Audiences will know Bellamy from The Road Hammers and from his solo records (Everyone’s a Dreamer and Five Crow Silver).  “But you don’t know this,” he says. “It’s like I’ve finally found my  music, a combination of the blues, rock and gospel; a mixture of all my  favourite bands in one.

“I had an uncle who was a huge  audiophile and made mix-tapes as Christmas gifts,” Bellamy explains. “So  when I was eight I was listening to Aerosmith, Otis Redding, the Allman  Brothers, the Rolling Stones, and The Beatles. I didn’t know who they  were. It was just cool because he gave it to me. Recently, when he  passed, I inherited his collection – 1500 original print LPs. I started  listening and it all came back, where I came from musically.”

As on previous efforts, Bellamy  captures all the fire and furious energy of his live show on record –  something that helped the Hammers (a SOCAN, JUNO and 5-time CCMA  Award-winning act), become the highest selling Canadian country band of  all time. But this is not a country record. On Welcome to the Congregation  Bellamy channels a huge range influences from rock legends like The Who  and Cheap Trick, to 90’s Alt rock and vintage R&B – a perfect storm  of musical influences. “I started from scratch, but I knew exactly the  ultimate target was a rock and roll tent revival.”

Characterized by Bellamy’s  blazing guitars and signature urgency as a vocalist, replete with jagged  rock and roll edges and Aerosmith-worthy riffs, Welcome to the Congregation  is a no holds barred, rip it up rock record. Unapologetically raw and  undeniably powerful, it’s music he intends to lose himself in on stage  and invite audiences to do the same. “That’s the whole idea of the  Congregation. Live, you’re part of it. It’s rock and roll church; we’re  bringing the gospel and I’m the preacher man.”

That’s a persona Bellamy’s going  to live to the limit on stage when he comes rumbling through your town  with a ten-piece band made up a revolving cast of players and featuring  two drummers, full horns and a backup vocal section. Live, Bellamy says,  they’ll really be ripping it up, growing the congregation, and bringing  the love at every show.

As far as giving people something to have faith in, there’s nothing better. “It’s a scary time and that was another impetus for Welcome to the Congregation.  It seems strange to have to repeat it, but we really have to love up on  one another. That’s what this is all about. We’re all here to listen to  music, to be transported for a short period of time from whatever we’re  going through to a place where we’re just enjoying ourselves and  getting uplifted.” 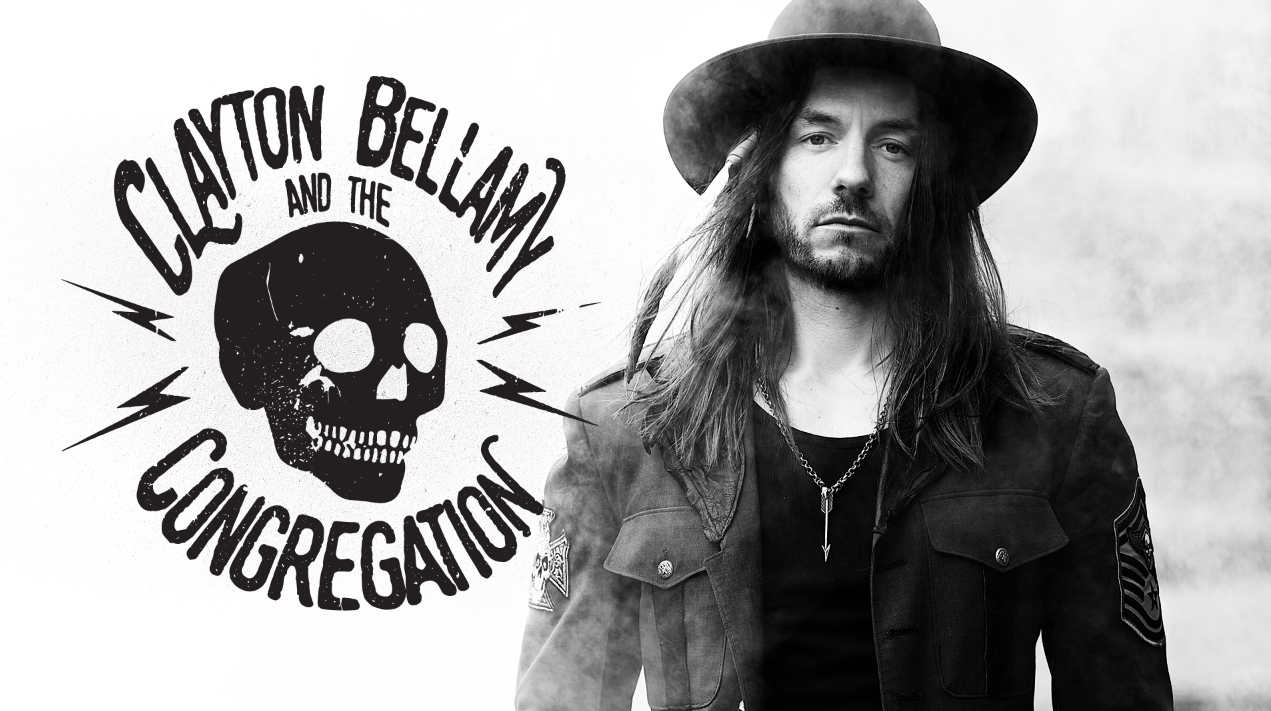 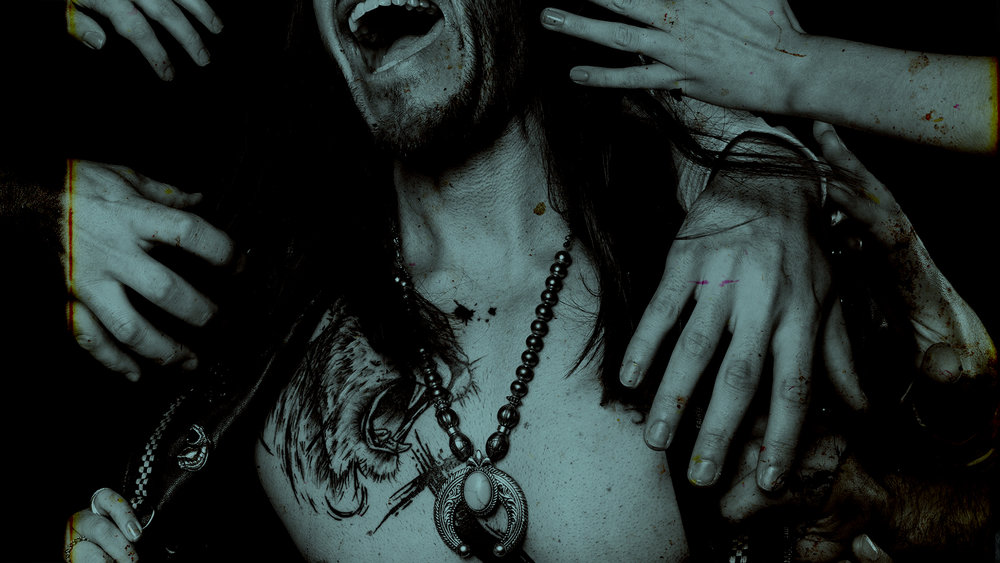 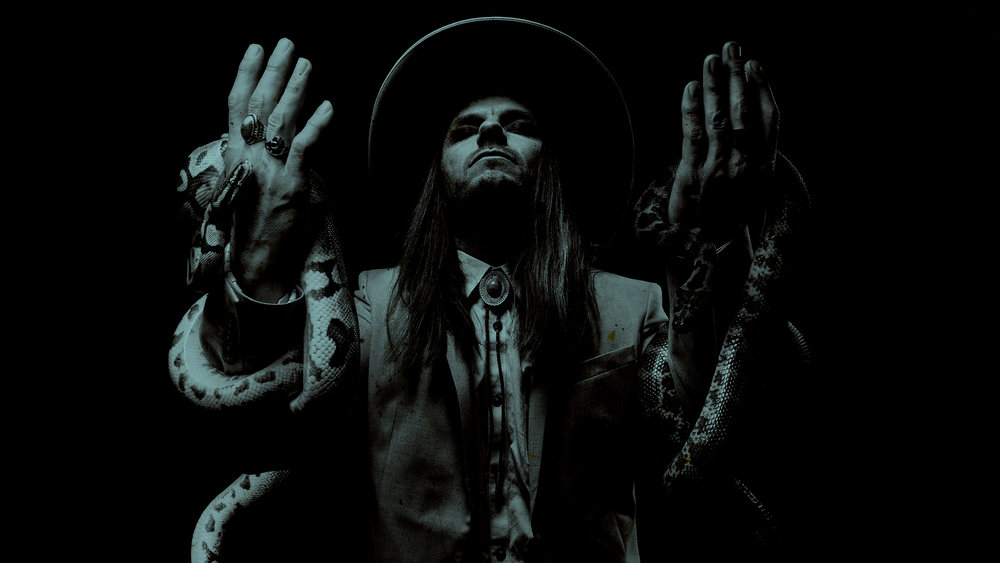